Those new apartments on Northeast Loop 567 that have been sitting empty for more than two years probably won’t be vacant much longer.

At its regular meeting on Tuesday, June 7, the Granbury City Council paved the way for at least some of the complex to be occupied.

Following executive session at the June 7 regular meeting, Mayor Pro Tem Trish Reiner made a motion to authorize City Manager Chris Coffman “to execute an agreement to provide a Certificate of Occupancy for Gold Creek Homes under the parameters discussed in executive session.”

Her motion was seconded by Steven Vale, and it passed unanimously.

Gold Creek Homes is the developer of the waterfront Lake Villas Apartments located a short distance from East Pearl Street. Reiner later confirmed to the Hood County News that the vote pertained to that complex.

Composed of 250 one- and two-bedroom units, the complex was completed well over two years ago but has remained vacant due to conflicts between the city and the developer over wastewater disposal and challenges faced by Gold Creek Homes in meeting the city’s requirements. Delays were worsened when an AT&T line was accidentally severed.

There is a lift station on the property, but the complex must tie on to the city’s Lift Station 2 on East Pearl Street, which will increase the burden on that lift station.

Last December, Gold Creek Homes representative Dan Williams asked the City Council for a temporary CO to allow the leasing office to be open and to let tenants move into two or three of the complex’s eight apartment buildings.

The council postponed action because the elected officials wanted more progress to be made involving work on Lift Station 2.

In January, the CO request was placed on the City Council meeting agenda again. That time, the council denied it after Public Works Director and Assistant City Manager Rick Crownover said that the developer was “still a long way from the finish line” on the wastewater issues.

The “parameters” of the CO agreement referenced by Reiner when she made her motion at the June 7 meeting were not discussed in open session.

City Attorney Jeremy SoRelle told the HCN that privacy for such negotiations is protected under the Texas Government Code but that the agreements become public record once they are executed.

If an agreement is reached on the temporary CO, Lake Villas Apartments will help fill a void in the local housing market. Local leaders have said that there are not enough apartments for the rapidly growing community.

Summer Travel In US Seemingly Undeterred by Inflation

Sun Jun 19 , 2022
The summer is in full swing for the U.S. hotel industry, and so far the impact of rising inflation on summer travel and hotel demand appears to be limited. Hotel demand is rising at a faster pace than anticipated, according to the latest weekly data from CoStar hospitality analytics firm […] 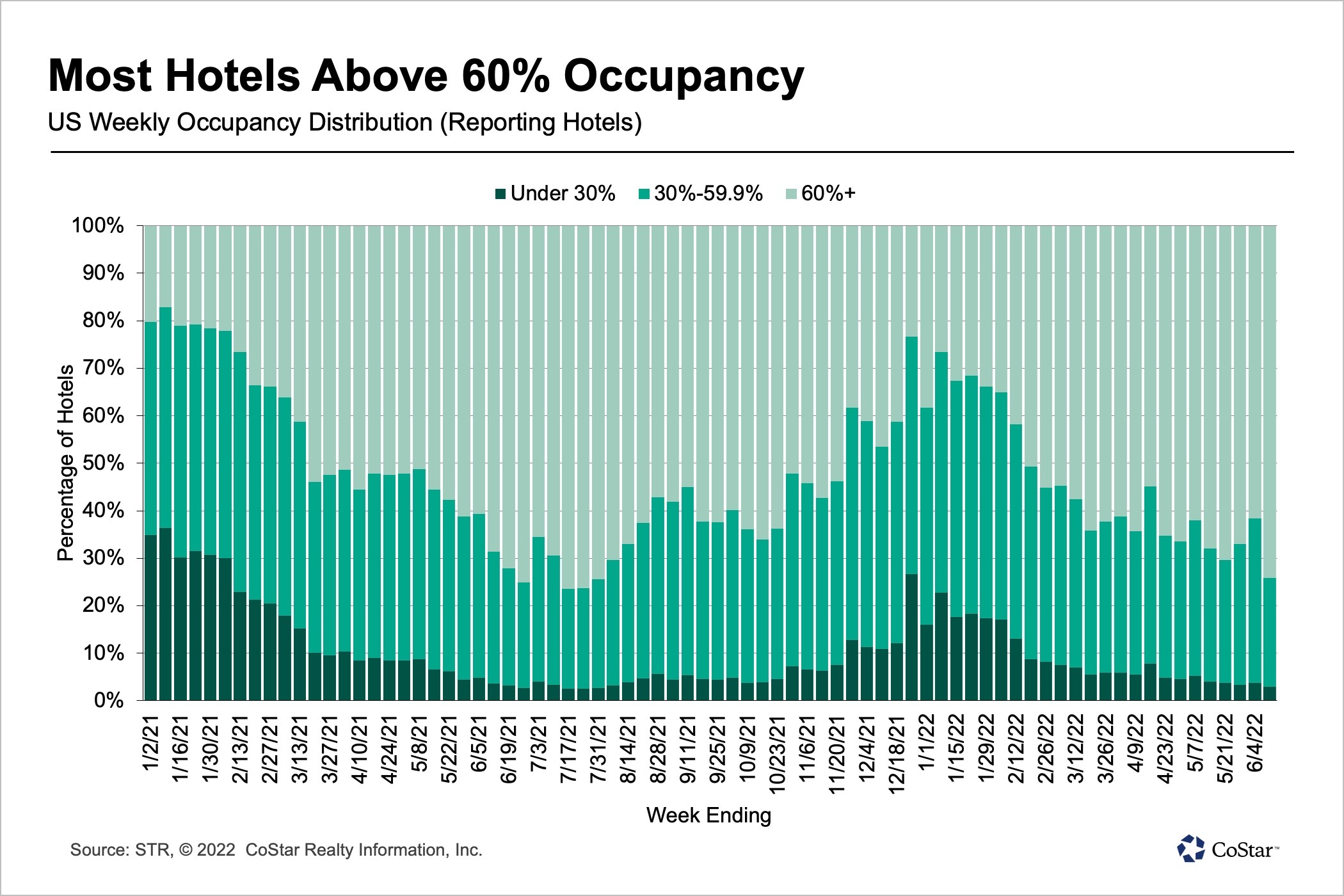