Those modifications include reducing property-tax breaks in hot areas, including parts of downtown; requiring apartment developers to incorporate lower-rent units into their projects, in exchange for incentives; and capping abatement on for-sale properties.

None of those ideas are new. They surfaced in 2020, in a detailed study of the program, which is designed to attract new residents and improve the city’s aging housing stock.

But practitioners who had a seat at the table a few years ago, during broad community discussions, said they weren’t part of the process of crafting legislation unveiled on May 9.

And they believe the city needs to be doing more, not less, to attract private investment during a housing shortage worsened by soaring construction costs and interest-rate hikes.

“I feel like a lot of the people who are behind changing the abatement don’t truly understand how stressed we are in our industry right now,” said Andrew Gotlieb of Keystate Homes, a Bedford Heights builder that is active in the city. “And I don’t think they truly understand the repercussions. … You’re rocking the boat of an industry.”

City officials and nonprofit advocates say the moves were telegraphed for years, in the abatement study, a subsequent city housing plan and Bibb’s remarks during his 2021 mayoral campaign. They don’t disagree with the assertion that developers need a bigger toolbox, but abatement must be dealt with now. The current program sunsets June 4.

Cleveland City Council expects to vote on the revised policy Monday, May 23, during the body’s last scheduled meeting before the sunset date. With that timetable, the outlines of the proposal aren’t likely to change, though some details still were in flux late last week.

“There’s no ideal time to do this,” acknowledged Jeff Epstein, the administration’s chief of integrated development. “While the inflation and interest-rate environment is difficult, the level of inequity in our city has risen over the last several years. And we’re trying to balance all of those things in our policy.”

Alyssa Hernandez, the city’s director of community development, said that abatement is an early element — and just one piece — of the administration’s approach to housing. “This is the beginning of a conversation,” she stressed. “This is not the end of a conversation.”

But the pending legislation, and the tight timeline, has real estate professionals on edge.

“This was a bad, bad first start,” said Doug Price, CEO of the K&D Group, a major owner and developer of apartments. “It really isn’t well thought-out. It’s not financially thought-out. It just politically sounds great.”

Cutting incentives in hot parts of the city isn’t going to drive builders, or homebuyers, to other neighborhoods that aren’t experiencing a renaissance today, said Ted Theophylactos, one of the few real estate agents in Cleveland who specialize in new home sales.

“Is it going to be completely devastating to new construction in the city? Probably not,” he said. “But is it going to have a big adverse effect on building? Absolutely.”

Recipients only pay taxes on the unimproved value of the real estate — a vacant lot, in the case of a new house, or an empty downtown building, prior to an apartment makeover. To quality for abatement, projects must meet certain green-building standards.

The program is controversial, particularly in neighborhoods where existing homeowners are struggling to maintain older properties or grappling with rising tax bills.

In mid-2020, consultants working with the city suggested ways to tweak the incentives, with an eye on fairness. They found that abatements had become concentrated in just a few neighborhoods, including Detroit Shoreway, Ohio City, Tremont and University Circle. Most of the tax breaks were flowing to apartment projects, since construction of single-family homes still had not recovered from the 2006 housing bust.

At the time, those consultants advised caution, noting the fragility of the market — and the disruptions of the pandemic. The Bibb administration’s proposal builds on that report.

“Most of the sausage was made in the last two or three years,” City Council president Blaine Griffin said. “It just got put on ice because of COVID.”

The legislation also draws on recommendations from nonprofit groups that have been studying the topic in Cleveland and examining best practices in other markets.

“It’s pretty much unheard of to have 100% tax abatement, across the board, in a city,” said Tania Menesse, the president and CEO of Cleveland Neighborhood Progress and a former city community development director.

The new plan takes a tiered approach and provides a one-year grace period before the changes take effect. Applicants who file initial paperwork for tax abatement and submit schematic drawings to the city by May 31, 2023, would qualify on today’s terms.

Starting June 1 of next year, the following rules would apply:

Hernandez said the city plans to make dramatic improvements to its processes around tax abatement, with an online application and tracking system and more dedicated staff.

During a four-hour council committee hearing on Tuesday, May 17, audience members urged the city, by turns, to be more aggressive; to soften the reforms; and to hold to the status quo. The range of opinions illustrated the challenges of setting a policy – and reinforced the fact that there are many problems, including rising property taxes, that tax abatement cannot solve.

“It’s a set of really tough decisions that our mayor and our city council have in front of them,” said Emily Lundgard, a senior program director at Enterprise Community Partners, one of the groups advocating for policies to create and preserve more affordable housing.

Bo Knez, the most active homebuilder in the city, said that adding layers of complexity to abatement will put a damper on construction and, ultimately, dent affordability. He lauded the intentions behind the legislation, including the push to spread investments more evenly across neighborhoods, but he criticized the execution.

“If this does anything, I think it’s a windfall for the surrounding communities that I think will benefit from additional encumbrances within the city of Cleveland,” he said.

The Downtown Cleveland Alliance, which represents property owners, has participated in years’ worth of talks about abatement with other nonprofits. President and CEO Michael Deemer is particularly concerned about how curbing abatement will impact for-sale prospects downtown, where condos and townhomes are only 5% of the housing supply.

“We have a great city and a very desirable city, but it is a tough city to attract outside investment to for housing real estate and development,” he said. “We want to work with the administration to find tools and ways to make it easier to reduce friction in attracting investment.”

Some of his constituents are more outspoken.

“I would hope, in the future, things go smoother than this,” Price said of the process and the quality of communication between businesses and public officials. “Because we all want the same thing. We just want policies that are actually going to work.”

Fri May 27 , 2022
Two years after the pandemic shattered San Francisco’s hotel industry, wiping out leisure travel and business conferences, the crucial cog of the city’s economy is seeing a comeback. April hotel occupancy reached a pandemic era high of 67.2% in April and the average daily room rate was $226.59, also the […] 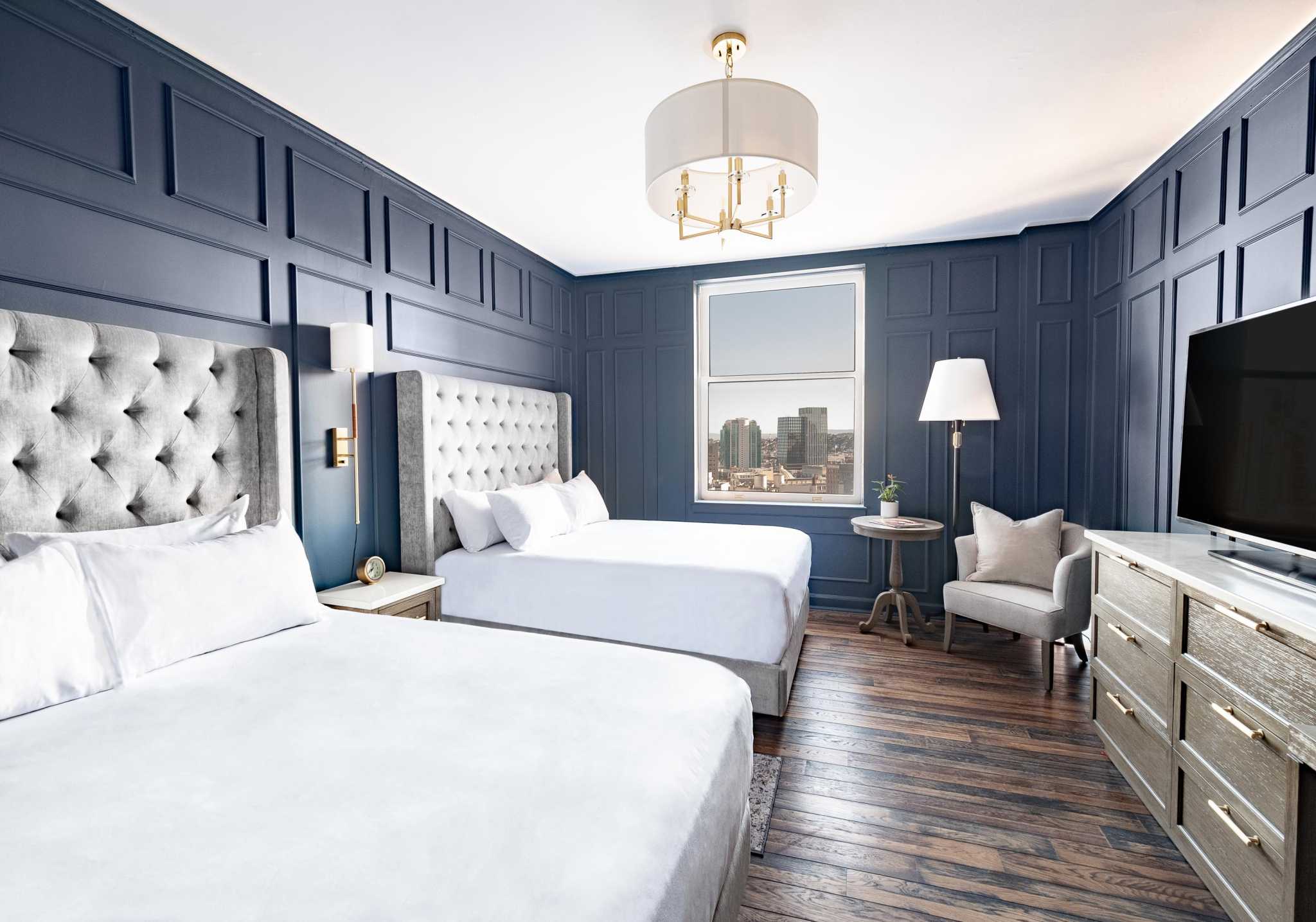