Five years ago, more than 1,600 housing units were proposed or under construction in West Whiteland Township practically all at once. Residents of the Chester County community “were a little bit stunned by this and a little bit alarmed,” said John Weller, the township’s director of planning and zoning.

Concerned that some new homes might sit empty, officials asked a developer for its research on housing demand in the township.

“I remember sitting through this presentation and feeling that as much as we have, I feel like we won’t have enough,” Weller said. In the last few years, residential construction has continued to boom in the town of about 20,000.

Chester County’s population grew by 7% from 2010 to 2020, according to census data, on par with Montgomery County and faster than any other county in the region.

“We’re a place where people want to live,” said Brian O’Leary, executive director of the Chester County Planning Commission. “We have a lot to offer in Chester County.”

Like the rest of the country, the county — one of the wealthiest in Pennsylvania — hasn’t built enough housing to meet demand and is trying to figure out how to make sure residents across job types can afford to stay.

“If any time was good for making a dent in the issue, now’s the time,” O’Leary said.

» READ MORE: In Chesco, an issue of population growth vs. open space (From 2016)

At the same time, county officials have prided themselves on the preservation of open space, shown to improve quality of life and increase nearby property values. As of early 2021, 30% of the county was protected open space, according to county data.

“It is a balancing act,” O’Leary said. He estimates that the county is roughly 40% developed. “There’s still a lot of land.”

Help us make our Business coverage better for you: We may change parts of the Business section and need your help. Complete our anonymous survey and you can enter to win a $75 American Express gift card.

About one in seven of the homes sold in Chester County in 2021 were considered “affordably priced” at under $250,000, according to the county. Both home buyers and renters are getting squeezed. The apartments being built in the county tend to be high-end.

“There’s rents that you hear and you’re kind of astounded,” O’Leary said.

More than half of the homes built in the county in 2021 — 1,963 — were apartments. That’s more than three times as many as were built in 2020, according to the county. Construction of many of the apartments began in 2020, but the county doesn’t consider an apartment building to be “built” until it is 50% occupied.

» READ MORE: In the Philly suburbs, premium rentals are on the rise (From 2020)

Apartments are unlikely to keep accounting for such a high share of housing construction in the future, O’Leary said. But an aging population, smaller household sizes, and the cost of for-sale homes will ensure a continued strong demand.

Tredyffrin Township had the widest range of home sale prices in the county in 2021, according to the housing report. Erin McPherson, Tredyffrin’s director of planning and zoning, was surprised but pointed to the variety of home types in the township. A lot of the housing stock is detached single-family homes, she said, but there are denser pockets such as the Chesterbrook section that have more townhouses and twins, where parcels are smaller and less expensive.

Phoenixville Borough tried to get developers to commit to certain numbers of affordable units in their projects, said Borough Manager E. Jean Krack, but “we began to realize that’s really an untenable thing, because there’s so many rules with [the U.S. Department of Housing and Urban Development] about what that means and how to go about it and how to verify it.” The borough doesn’t have the staff.

Instead, developers have contributed more than $150,000 so far to a fund managed by a public-private affordable housing coalition that is exploring ways to offset housing costs for residents. One idea is to guarantee deposits for people who can afford monthly rent but not high up-front costs.

Rising construction costs also have hiked home prices. And a growing number of regulations at all levels of government for safeguards such as water-quality protection and storm-water management adds time and cost to projects, said Peter Rotelle, owner of Chester County-based Rotelle Development Co. Streamlined processes would help lower costs for builders and homeowners, he said.

» READ MORE: Philly’s population has grown to more than 1.6 million, and the region is getting more diverse

“We need proper balance between the costs, the environment, and time where everything can be done and accomplished but expedited and more cost effective,” he said.

The county has been a great place for his company, Rotelle said. It’s got a “great buyer pool” and the median home price is in his company’s sweet spot for single-family homes.

“The challenge is that the land inventory is pretty thin,” he said. He’s lost out on land to preservation, an effort he supports. But it’s a balancing act, he said, and “there really isn’t any control measures put in place to ensure that seesaw is level.”

The county’s comprehensive plan identified suburban and urban centers as important areas for growth, given existing infrastructure and access to transportation systems and jobs, O’Leary said. Areas such as Exton in West Whiteland are seeing more mixed-use development.

In 2020 and 2021, the township saw projects with nearly 500 new housing units, Weller said. West Whiteland has directed most of its development to its core around the Main Street at Exton shopping center.

Almost 1,000 of the more than 1,600 townhouses and apartments proposed in a handful of major developments from 2015 to 2018 were in the town center area, Weller said. The township is zoned to allow commercial spaces, apartments, townhouses, offices, “everything you would need to make almost a downtown kind of area,” he said. It didn’t specify maximum housing units per acre, “which is pretty radical, particularly for a suburban community,” he said.

Although West Whiteland officials planned for growth, the pace and all-at-once timing of development has stunned them. And it’s left some residents, especially those who remember a more rural West Whiteland decades ago, uneasy. Township officials are educating residents about their plans through a campaign called “Development By Design.”

“We’ve built up a good bit,” Weller said. “It’s not acknowledging reality to think we’re still going to be the country. We’re not.”

Brandywine Realty Trust plans to buy Exton Square Mall from Pennsylvania Real Estate Investment Trust, and West Whiteland officials are excited about the potential to add homes as the township runs out of developable space and looks to redevelopment.

» READ MORE: Philly’s biggest mall owner wants to build thousands of apartments on its properties to help pay its debts

Encouraging municipalities to use land in new ways is one step county officials can take to influence local development, O’Leary said. He pointed to Phoenixville as an example.

In 2018, the borough built a new public works building in an industrial part of town. Now Phoenixville is finalizing an agreement with the Hankin Group to hand over the roughly one-acre former public works site in the heart of downtown. In return, the developer plans to build 50 apartments for residents 62 and older. Most units will cost between $400 and $500 a month, said Krack, borough manager.

A deed restriction will mean that if the property owner ever stops offering affordable housing on the site, the owner must pay the borough however much the land is worth at the time.

» READ MORE: Philadelphia is a leader in turning old factories and offices into apartments

The Pennsylvania Housing Finance Agency approved tax credits for the project in November, and officials expect a groundbreaking in late summer. The project could get 10 times more applications than there are apartments, Krack said. “It’s that needed.”

But the plan “wasn’t an easy sell,” he said. Some wanted the borough to sell the land — in a valuable location — and put the money in the general fund. Instead, he said, “we’re contributing to affordable housing for seniors in the borough.” 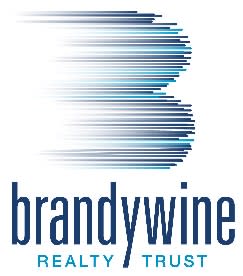