The developer specialises in providing discounted housing for local people priced at 80 per cent of the market value, and says 22 of the houses on this site will be sold under this model.

A further 23 will be affordable homes, delivered in partnership with a registered housing association, while the remaining 28 will be sold on the open market.

The houses will be a mix of detached, semi-detached and terraced with between two and four bedrooms, and the plans also include areas of public open space.

The development will be accessed via a turning off Prince William Close.

A planning statement by Satplan, agent to the applicant, says the site is outside the town’s development boundary but “effectively functions as part of Whitchurch town being surrounded on three sides by existing development”.

The statement goes on to explain how the homes will be marketed.

It says: “Gleeson’s homes are priced so that they can be afforded by 90 per cent of the local couples in full-time employment.

The statement adds: “In order to ensure that a community is created, and Gleeson’s pricing structure is not taken advantage of, Gleeson do not sell to landlords and sales contracts include a ‘no rental’ covenant.

“The proposed development provides genuine and varied ways for local people to purchase their own home. This approach to housing tenure is considered to be a significant benefit to the scheme.”

If permission is granted, the Whitchurch development will be Gleeson’s second in Shropshire after plans for 43 houses in Prees Heath were approved last year.

The statement concludes: “The proposals comprise of 62 per cent affordable housing units of various tenures.

“The tenures proposed provide routes into affordable home ownership for local families in accordance with the NPPF and local planning policies, thereby tackling head-on the affordability issues acknowledged in Shropshire.

“In addition the house types themselves have been designed to meet the needs of the local community, and all homes meet adopted housing standards.”

The planning application will be decided in due course by Shropshire Council.

Mon Apr 18 , 2022
Illustration: Brendan Lynch/Axios Housing is not the only real estate market on fire in Central Ohio. The region’s large-scale industrial market is seeing record-high occupancy, per a local report from real estate services firm JLL obtained by Axios. Why it matters: Columbus is in high demand as a key hub […] 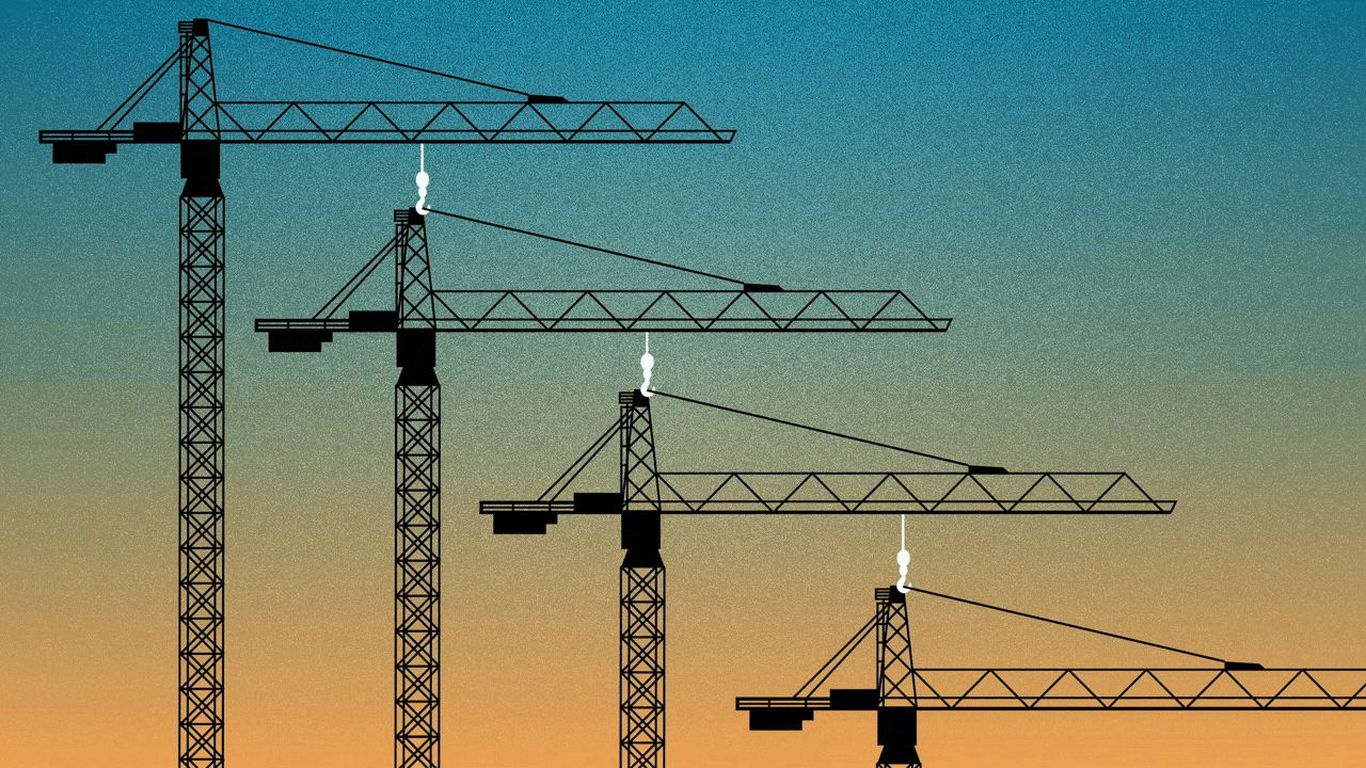