After more than a year of scrutiny and an estimated $250,000 in repairs, the Haven of Mercy homeless shelter can now return to its normal capacity of about 70 people.

On Thursday, the Johnson City Board of Dwelling Standards and Review rescinded an order to repair and lifted the occupancy limit at the building, which has been capped at 35 residents since March 2021. City officials said the organization has completed all its required improvements.

“What would you like me to say?” Grant Rockley, the pastor and CEO of Haven of Mercy Ministries, told the Press before the meeting Thursday. “I’m thankful and grateful, and it’s been very expensive.”

Concerned that poor conditions in the building would increase the risk of fire and injuries, the Board of Dwelling Standards initially ordered in January 2021 that the shelter temporarily close its doors while it finished work on the structure.

The Haven’s attorneys challenged that order in court, and on the same day that city workers planned to shutter the building, a Washington County judge temporarily blocked the city from closing the shelter, stating it was unclear if all long-term residents had received notice that they could address the board about its decision.

The dwelling standards board later rescinded that order and listened to comments from residents during a special called meeting in March 2021. After hearing testimony about conditions at the shelter and the impact a closure would have on residents, board members decided to put in place a temporary occupancy cap of 35 people.

Rockley said that occupancy cap has affected the organization’s ability to serve those in need.

“A lot of people are out on the street because of it,” he said. “But … they’re lifting it, so I’m sure we’ll fill up fast. There seems to be a lot of people in trouble.”

Johnson City Chief Building Official Jeff Canon said the occupancy limit was a compromise to ensure the shelter could continue to serve the homeless population while also mitigating the impact in the event of an incident.

The board continued to receive monthly updates on the shelter after its meeting in March, but tensions flared last July when the city attempted to shut off the Haven’s power.

Johnson City Development Services Director Preston Mitchell told the Press at the time that the city ordered electricity disconnected after a licensed electrician noticed burns on an electrical panel in the property’s annex, which created a serious hazard.

The city managed to reach an agreement with the owner, which allowed repairs to continue without disconnecting power to the entire property.

Canon said there are three major improvements that will make a tremendous difference in safety at the building.

One, the shelter has closed gaps in its fire alarm system, a change that is “night and day,” Canon said.

Two, the owner has replaced a residential hood in the annex’s kitchen with a commercial hood, which also no longer vents into a storeroom.

Three, there have been significant upgrades to the property’s electrical systems, which included replacing the panel in the annex and changing or removing wires.

Overall, Canon said, the fixes were necessary. In addition to replacing the kitchen hood and overhauling the electrical systems, the shelter has also installed layers of fire protection.

“They drastically reduce the risk of a fire even starting, and the chances of fire probably went down 200 to 300% from where they were before repairs,” Canon said, adding that the new alarm system and exit signage have also substantially improved the likelihood of people escaping the building in the event of a blaze.

Rockley said Thursday that the property “was safe to begin with.”

“This has been a lot of expense,” he said, “and a lot of it was unnecessary.”

He approximates that the cost of repairs to the building at 123 W. Millard St. have totaled about $250,000.

“It’s over and done with,” Rockley said. “I’m finished with it, so we get on to the business of blessing those that need help. We are a ministry … There’s no government money or city money or state money. Everything we do is by faith.”

The organization is now looking at expanding, Rockley said, and is evaluating whether to buy property to develop a shelter dedicated to women and children.

Currently, there’s a need for a local facility that accommodates families, he said.

Rockley said he’s also planning on opening a shelter that would allow people to stay overnight “no questions” asked, meaning occupants wouldn’t be turned away if they’re dealing with problems like addiction.

“I want to get them off the street because that’s where the danger is,” he said.

Mon May 2 , 2022
MICHIGAN CENTER, MI – It started as a simple hobby for Cal McFate and his family. McFate grew up working with wood and building furniture with his dad. Then, around five years ago, he started to make furniture for his buddies who were looking for gifts for their wives. “From […] 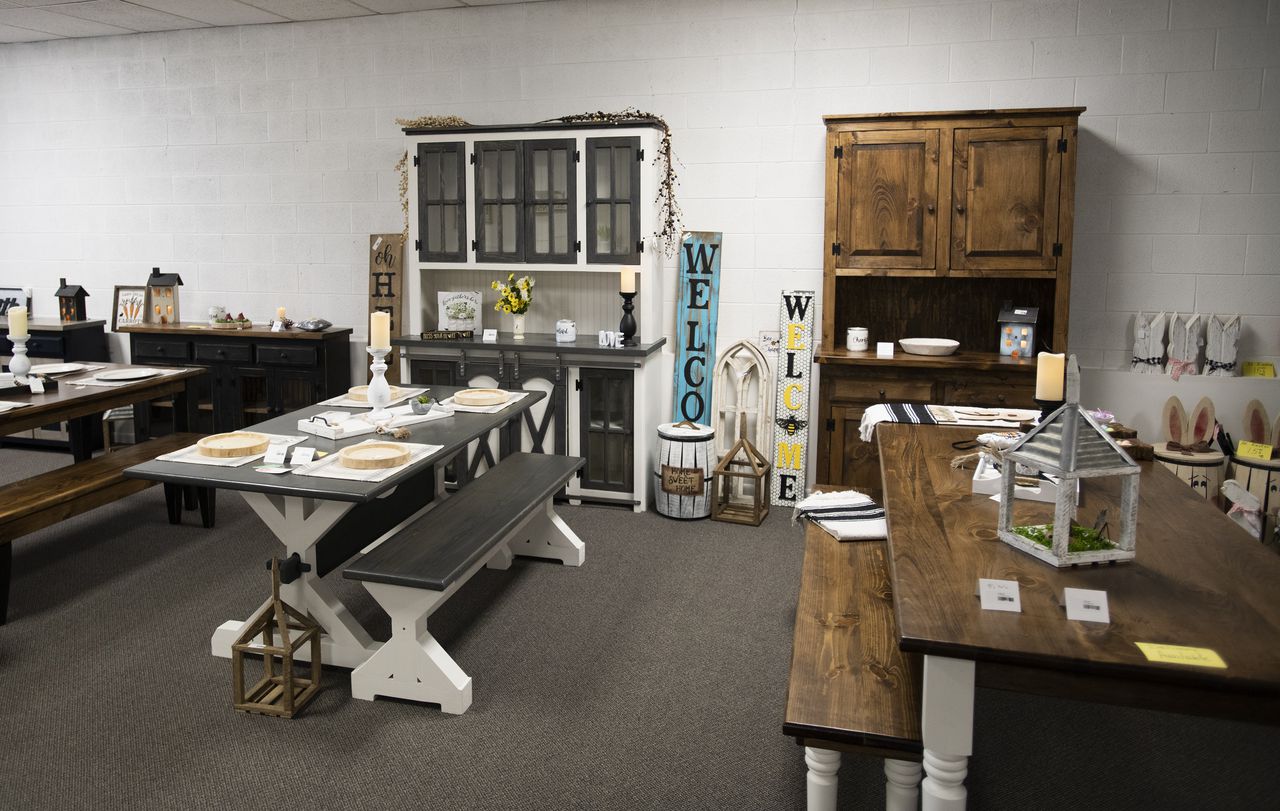