A proposed development near the Country Club Plaza that was criticized as being too tall for the area has now tripled in size as the developer faces intense scrutiny from neighbors.

In a project it publicized last month, Overland Park-based Drake Development announced plans for a three-story restaurant building called cocina47 at 47th Street and Pennsylvania Avenue. The developer plans to demolish the Seventh Church of Christ, Scientist, a 1942-era structure, to make way for the new structure.

Because of its height, the project would need a variance from City Hall to get around strict zoning standards the city has implemented on buildings in and around the Plaza.

But now, Drake Development says it wants to build an even taller, nine-story building. The $65 million project would include three stories of restaurants capped by six stories of high-end condominiums.

But detractors see the news as a thinly veiled negotiation tactic: by upping the ask to nine stories, Drake Development can then “negotiate” its way back down to the three-story structure it really wants, they suspect.

“Based on previous interactions with this guy, I think it’s gamesmanship,” said Stephen Block, principal at Block Real Estate Services, whose headquarters sits right next door to the property in question. “You negotiate down from something crazy to something bad, instead of from something bad to something decent.”

Yet, Block said those groups would have come to some sort of a compromise if the developer had been reasonable.

“If he would just bring it down to a size that was even close to the 45 feet. If he said I’ve worked at it and I can get it down to 48 feet or 50 feet and I’ve solved the parking, I think he’d get a deal done and we’d all be moving on. But that’s not what has happened.”

Instead, the proposal has escalated into a public feud between two prominent Kansas City development firms, unearthed years-old resentments about construction rules and intensified the debate about the future of the Country Club Plaza.

Now that Drake Development has submitted official plans to the city, the conflict will be adjudicated by municipal staff, the city planning commission and the City Council.

For his part, Drake Development President Matt Pennington is adamant that his latest proposal isn’t a stunt.

“It’s not a negotiating tactic,” he said. “I’m telling you we are building nine stories.”

To strengthen his case, he has sought to highlight weaknesses at the Country Club Plaza, which currently has two dozen vacancies. Last week, The Star reported that Nordstrom may never build its much anticipated store on the Plaza. He argues that the Plaza needs more density and diversity, rather than its longtime reliance on retail shopping.

“I think everybody kind of understands the Plaza is in some trouble with the potential loss of Nordstrom,” he said. “So we have decided that it just makes sense to submit this building as a nine-story building.”

Protections for the Plaza

For years, city plans have called for height restrictions in and around the Plaza.

The idea was to maintain the historic charm of the so-called bowl, the buildings at the heart of the shopping center. Plans called for gradually increasing height limits in the areas outside the bowl.

That concept was included in the Midtown/Plaza Area Plan, a guiding document the city developed in conjunction with neighborhood groups and adopted in 2016. A previous plan for the plaza was adopted in 1989.

But those plans contained merely recommendations.

In 2019, as Legacy Development pursued a 12-story mixed-use project at the church site, the city moved to make its recommendations mandatory.

“We all agree that the plaza is a crown jewel of Kansas City, and we want to make sure it stays that way,” then-councilman Scott Taylor said at the time.

The Block company, a major plaza developer, backed the new height restrictions in 2019. But the firm caught heat at the time from opponents who argued it had been able to develop Plaza towers that exceeded the area plan’s prescribed heights.

In 2017, the company broke ground on the 14-story 46 Penn Centre, a nearly $100 million tower that overlooks the church and the Plaza.

This is a major sticking point for Drake Development, which accuses Block of pushing for the 45-foot height limit to maintain its Plaza views from the tower, which would be obstructed by a tall development next door.

“At the end of the day, the Block company bought a second-row ticket and is telling the first row guy, because he knows the bouncer, to sit down,” Pennington said.

Ken Block, the managing principal of the firm, noted that the 45-foot height requirement has been part of area plans, if not city law, for more than 30 years.

“That is totally, totally a lie. I wont even say inaccurate. It is a lie,” he said of Pennington’s claims. “When he says we somehow created this 45-foot height, that is completely bogus.”

Time for a change?

It’s clear that Pennington has a very different view about the future of the Plaza.

He also says the area needs to build bigger, taller buildings like his proposed development to survive in the future.

“We believe it’s in the best interest of the Plaza long-term. It needs stuff like this,” Pennington said. “The Plaza needs more density. At the end of the day, the conversation of height and density needs to be addressed.”

Taubman, the Plaza operator, has rejected Pennington’s claims that the Plaza is in trouble.

“Matt Pennington continues to lobby for his project with City officials while misinforming the community about the Plaza’s alleged demise,” the firm said in a statement. “Drake Development has no insight into our plans for the district, and we maintain that it is well positioned to thrive into the future.”

Neighbors, Historic Kansas City and the Plaza owners have asked the city to stick to its height requirements, which they believe will best protect the unique shopping district.

“We call on the City to hold Drake Development to the same development codes and ordinances as other developers and landowners; otherwise, the future and quality of new developments in Kansas City are seriously in question,” Taubman’s statement said.

While city officials would welcome skyscrapers to areas like downtown Kansas City, they have often treated the Plaza with more caution.

“You don’t want the Plaza to become a place with very tall buildings and it feels like you’re in a canyon on the sidewalk,” Robert Martin, president of the Plaza Westport Neighborhood Association, previously told The Star.

Stephen Block said the height restrictions are about far more than just views — it’s about preserving the things that make the one-of-a-kind shopping district so unique. He noted that the city has rejected other nearby development plans that surpass height limits and wondered what the Plaza would become if the rules were entirely ignored.

“What you’re really saying is that 30 years of careful planning by city planners, neighborhoods and city staff is out the window,” he said. “Pretty soon, the Plaza is no longer the Plaza.”

The Blocks also reject the developer’s ideas about the Plaza’s future.

“His whole shtick about how he’s the guy that’s come up with the way to fix the Plaza — it defies just plain logic,” Stephen Block said. “It doesn’t even make sense. His theory is that he’s going to make the Plaza more viable by bringing in more competition.”

The main purpose of the cocina47 development hasn’t changed: Pennington says it will house three restaurants, all new to the Kansas City market. Those will be topped with six luxury condominiums, which he said would sell for several million dollars a piece.

The developer says he’s also solved one of the major issues with his original proposal.

At first, he talked about using existing Plaza parking facilities rather than provide new parking spots as city rules require. But the existing parking is owned and operated by Taubman. Pennington says he now has secured a parking agreement at a nearby property, though not with Taubman or Block.

And the developer appears to have some city leaders on his side.

Kansas City Mayor Quinton Lucas said he believes the city should modify its current construction rules to allow more dense, tall developments in the area. He said he’s committed to maintaining the historic structures that make up the original Plaza shopping center.

“There’s a more fundamental long term health issue for the Plaza,” Lucas said. “I don’t think there’s anybody who can walk by empty storefronts now and say the Plaza is on the trajectory we want it to be.”

Buildings on the west side of the Plaza were demolished to make way for a gleaming new Nordstrom department store, which had planned to vacate its store at Oak Park Mall in Overland Park.

“We have a gigantic dirt hole in the middle of the Country Club Plaza right now,” the mayor said. “That is a huge problem for Kansas City.”

“Developers like Mr. Pennington are exactly the people we need to hear more from as time goes by,” the mayor said, “instead of chasing them off.”

That’s what Drake Development initially showed neighborhood groups and local officials, including Councilwoman Katheryn Shields, who has been talking with the developer for months about the project.

She said the nine-story plan was immediately nixed in favor of the scaled-down, three-story project that Drake Development publicized.

Shields said she couldn’t imagine the building winning council approval at its currently proposed height of 157 feet. That’s more than triple the 45-foot limit for the area.

“I certainly hope not,” she said.

But Shields, who represents the Plaza area, said she didn’t know what to make of the company reviving its nine-story proposal.

“Its kind of hard to tell,” she said. “I don’t know if they’re going to introduce it at the nine (stories) and go through planning commission and get criticized and say, ‘Oh OK, we’ll go ahead and cut it back to three or four stories.”

Kevin Hardy covers business for The Kansas City Star. He previously covered business and politics at The Des Moines Register. He also has worked at newspapers in Kansas and Tennessee. He is a graduate of the University of Kansas

Sun Apr 17 , 2022
Market volatility is when investors can get opportunities to buy high-quality stocks at a discount. It’s an opportunity to set your portfolio up for the long term. Real estate investment trusts (REITs) are an excellent option for any long-term investor looking for income and steady growth. Retail REIT National Retail […] 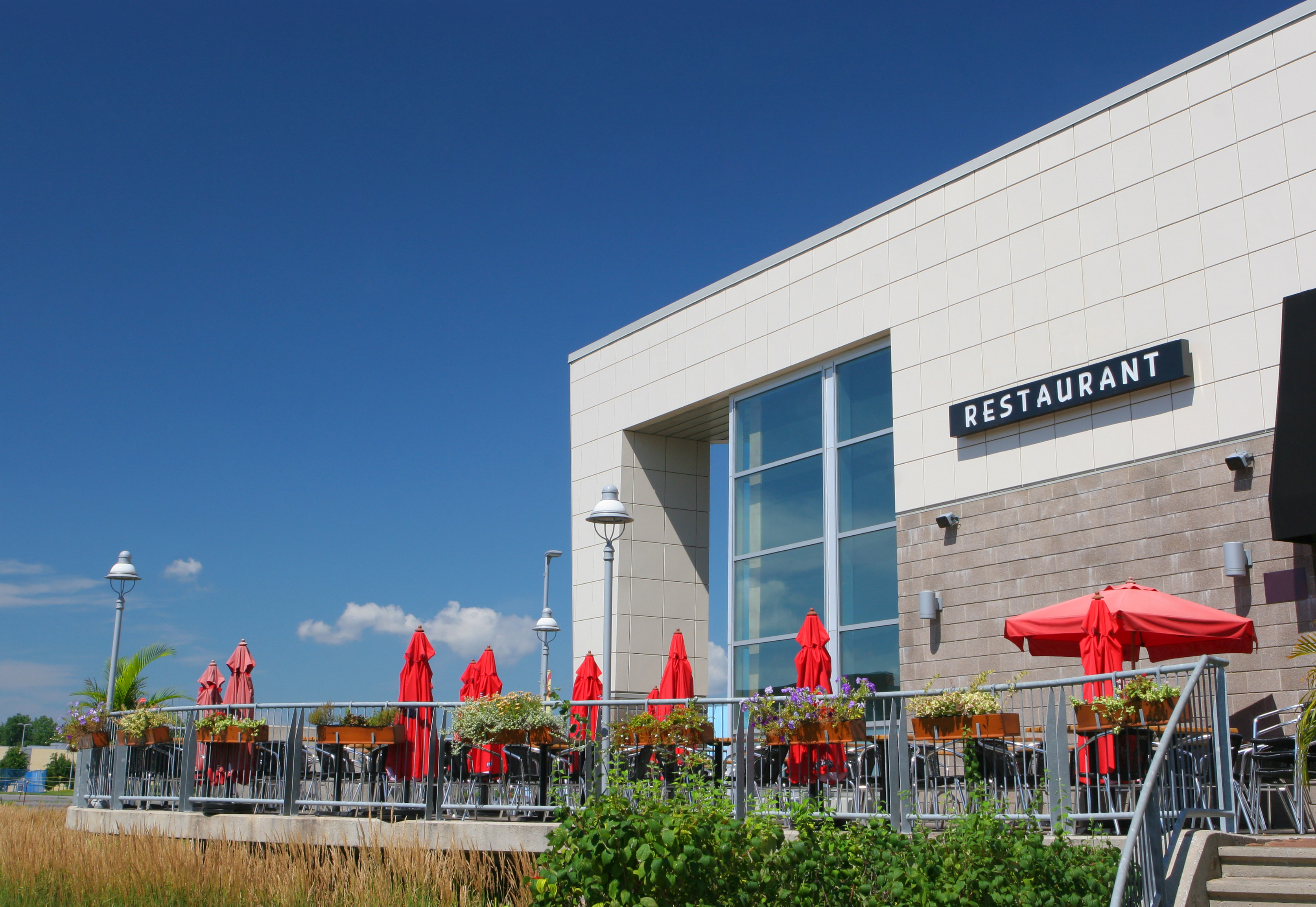