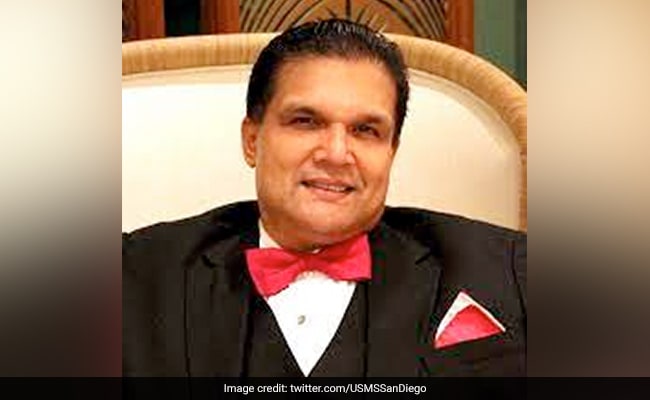 Francis was due to be sentenced in three weeks, US media said.(Representational)

A military contractor who pleaded guilty in the US Navy’s worst ever corruption scandal has escaped house arrest in San Diego, the US Marshals Service said Monday.

Widely known as “Fat Leonard,” Francis was due to be sentenced in three weeks, US media said.

Francis, a Malaysian national who ran a military contracting company out of Singapore, pleaded guilty in 2015 to offering some $500,000 in bribes to Navy officers to steer official work to his shipyards, carrying out work on US vessels that prosecutors say he overcharged the Navy for, to the tune of $35 million.

Police were sent to his San Diego residence on Sunday after the agency monitoring his ankle bracelet reported a problem with the device, Castillo said.

“Upon arrival they noticed that nobody was home,” he said.

“They then notified US Marshals who went to the house and verified that he was no longer there. As of now multiple leads are being investigated.”

The San Diego Union-Tribune reported that the cut-off GPS bracelet was found in the house, while neighbors said they had seen U-Haul moving trucks coming and going at the property in the days leading up to his escape.

Francis was arrested in 2013 and pleaded guilty two years later. He suffered numerous health problems, including kidney cancer, which led to him being released to house arrest in 2018 while acting as a cooperating witness for federal prosecutors.

He was due to be sentenced on September 22.

Four Navy officers have been found guilty in the case so far, while another 29 people, including naval officials, contractors and Francis himself, have pleaded guilty, US media said.

(Except for the headline, this story has not been edited by NDTV staff and is published from a syndicated feed.)