Hooray, right? After all, we’re in the midst of an epic housing shortage, in which home sellers hold most of the power and buyers feel compelled to compete with one another. About 1.6 million homes were under construction in March, according to the U.S. Census Bureau — not far below the peak of 1.67 million in August 1973.

Back orders leave construction in limbo

Here’s the problem: Shortages of materials inflate the number of homes classified as under construction. If not for scarcity, builders already would have slid many homes from the “under construction” column to the “completed” column on their balance sheets.

When a home is counted as “under construction,” it doesn’t necessarily mean that workers are swinging hammers. Let’s say a house is mostly finished, but the job site sits silent while the builder waits weeks for windows to arrive. That house is officially under construction — even though no one is doing any constructing.

That’s what’s going on now. Builders can’t get their hands on enough supplies to finish homes, said Ali Wolf, chief economist for Zonda, a housing market research platform. Shortages of garage doors, windows, doors, heating and air-conditioning equipment, appliances and cabinets are delaying home completions, Wolf said in an email. And neither the building inspector nor the mortgage lender will let you move into an incomplete house, even when the only thing missing is a garage door.

If you’re a builder and you have everything you need for a garage door except those big ol’ springs, you can’t install it. Maybe the spring factory is idle because of COVID-19 shutdowns in China, or maybe the springs are on a ship in the Pacific. When people lament the broken supply chain, these are the problems they’re talking about.

More: Housing keeps getting more expensive. Is there relief in sight?

Improvement will be a trickle, not a flood

Intrigued by these shortage-driven delays, I cooked up an optimistic theory that the supply chain issues will be resolved within a few months, and that then we’ll see a surge in home sales late this year. I ran my notion past experts, who seemed to find it endearingly naive, although they were too kind to outright say so.

Sure, the supply chain’s broken links will be restored someday. And someday, trucks will deliver supplies to construction sites. People will move someday into their just-completed new digs. Then, they will sell their old homes to buyers who had been thwarted by a scarcity of dwellings for sale.

But the repair of the supply chain, and its beneficial effects, will occur in slow motion, not in a surge. It’s not like a ship will dock in Long Beach, unload every door that’s on back order nationwide in one afternoon, and resolve that shortage instantly. Even if such a shipment were to arrive, there’s a finite supply of trucks to deliver the cargo and a limited number of skilled workers to hang the doors.

“I don’t see a flood of inventory that would result in any form of reduction in value, cheapening of homes, anything along those lines,” says Michael Nunziata, division president of 13th Floor Homes, a builder based in Fort Lauderdale, Florida.

A call for patience

It’s taking time for far-flung manufacturers and shippers to return to normal as the pandemic continues to take a toll on the economy and the labor force. And that means we’re just going to have to wait.

“We are always telling our buyers please be patient, we’re going to get you there,” Nunziata says. “We want them to move into the house and be extraordinarily happy with the product that we have delivered them,” even if that involves delays.

Wolf said she expects an easing of shortages of material late this year and into 2023, accompanied by an uptick in homebuilding. That, in turn, could gradually increase the number of homes for sale, reducing competition among buyers.

Skylar Olsen, principal economist for Tomo, a digital mortgage startup, says she feels compassion for buyers who are urged to be patient. “I hope a big influx of new supply can take a lot of price pressure off these housing markets because this is untenable,” she says.

Don’t miss: We spent over $100K trying to flip a ‘nightmare’ house. I want to sell, my husband wants to rent it out. Who’s right?

When housing markets get more buyer-friendly, what will that look like? Wolf said, “Bidding wars, extremely short days on market, removing contingencies, and homes selling far above ask price should become less common later this year as the market cools.”

With those last words — “as the market cools” — Wolf moves the goal posts a few yards. It’s an acknowledgment that we’re not going to build our way out of this housing market that favors sellers so unfairly. Some other factor will bring buyers and sellers closer to balance.

Rising mortgage rates will be that factor. The average rate on the 30-year fixed-rate mortgage rose almost two percentage points from the beginning of the year to mid-April, when it averaged a little over 5%. The higher rates will knock some would-be buyers out of the market because of affordability issues.

If you manage to remain in the market while others drop out because of rising rates, you will have managed to turn someone else’s bad news into your good news.

Sun May 22 , 2022
If your home could use a little more style, how about some new furniture and home décor – all without breaking your budget? Now is a good time to update and reimagine your living spaces. Walmart’s “Gap Home” collection might be just the thing to bring a little more style […] 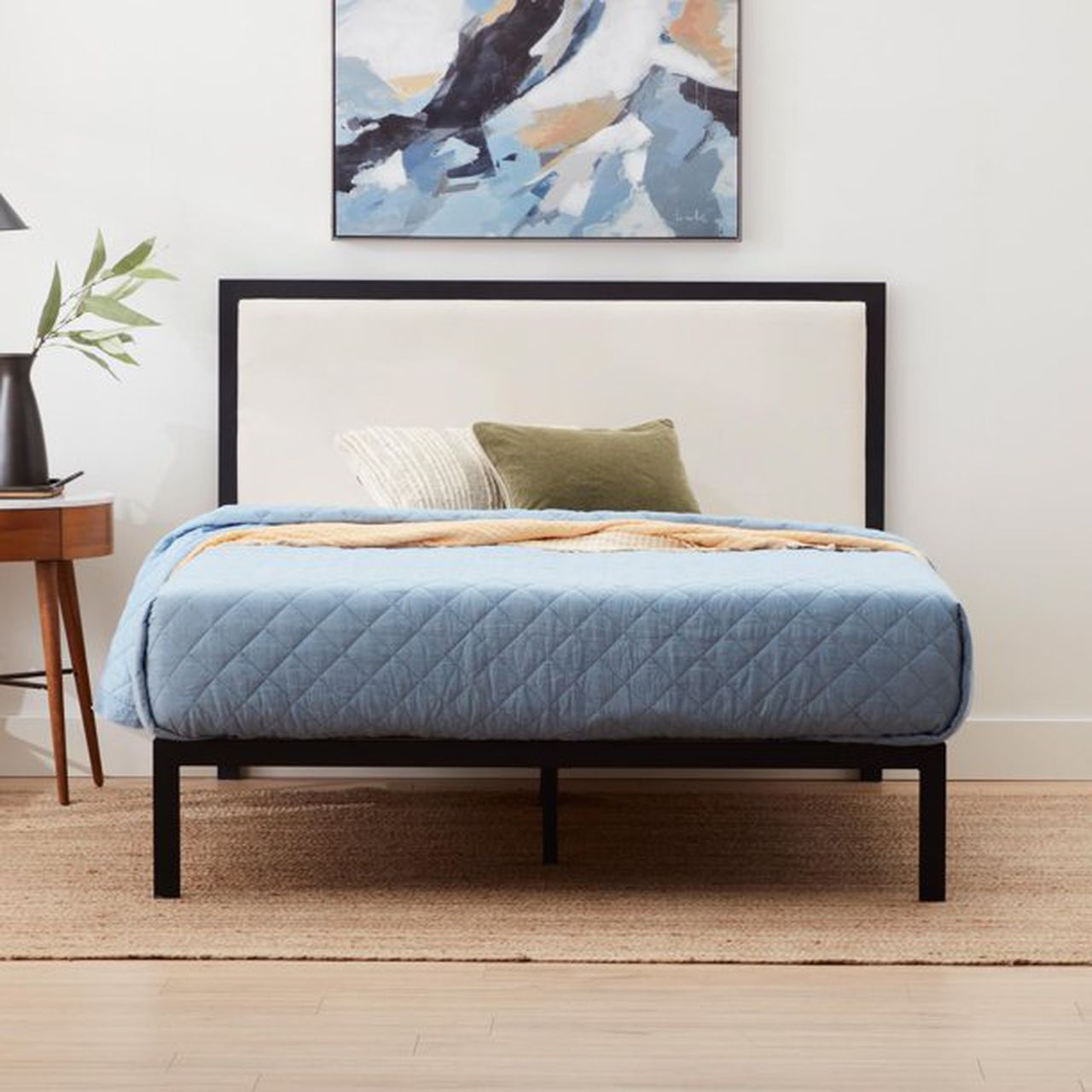