RED BANK – An approved apartment building to replace the former Visiting Nurses Association (VNA) building at 176 Riverside Ave. is going back before the planning board, and the developer is looking to make it bigger.

The five-story apartment building was approved in December 2019. It included plans for a restaurant and a three-story parking garage in addition to the co-working office space. Thirty-two of the approved 210 apartments would be offered as affordable units, while the rest would go for market rates.

Last July, Kenneth DeRoberts, a consultant with Government Strategy Group, asked the now-disbanded redevelopment agency to redesignate the area of the VNA building as an area in need of “redevelopment” and not just “rehabilitation.”

‘People are in a hurry’:Can Red Bank plans save pedestrian lives on Shrewsbury Avenue?

The area would have included the VNA building, a commercial office, a sewage pumping station, a boarded-up house, two vacant service stations and three parking lots.

If the area was deemed in need of redevelopment, not just rehabilitation, Saxum would be eligible to seek a tax relief plan that would come in the form of payments in lieu of taxes, or PILOT.

Such a relief would be negotiated with the borough council and could grant the recipients tax exemptions for up to 30 years. Instead of property taxes, which can fluctuate over time, the recipients would make regular payments to the town that would not have to be given to local school districts.

The notion is that the steadier PILOT system encourages speculative investments in areas developers might otherwise ignore.

Red Bank:Nest looks to tell a story through home décor

Housing in Red Bank:Why did the borough shoot down a plan to build apartments on West Front Street?

In October, the planning board rejected the reclassification, with many members disagreeing with the inclusion of the VNA building in the study.

Board member David Cassidy disagreed with the VNA building’s “discontinuation of use” designation.

He said, “That’s purely at (Saxum Real Estate’s) choice. They discontinued it to get a plan and an approval from this board and this body. They got it. They have continued not to use it. I would not be able to vote in favor of this.”

Rail at Red Bank:It will open 57 apartments this year

Two years since the development was approved, the developer has not begun construction.

The next planning board meeting to hear plans to expand the proposal will be held on Monday, April 4, at 7 p.m. in the Borough Hall.

Olivia Liu is a reporter covering transportation, Red Bank and western Monmouth County. She can be reached at [email protected]

Fri Apr 8 , 2022
— Recommendations are independently chosen by Reviewed’s editors. Purchases you make through our links may earn us a commission. Spring is an ideal time to start prepping your backyard for summer barbecues and outdoor parties. Ashley Furniture is hosting its Spring Semi Annual Sale with huge discounts across categories, including […] 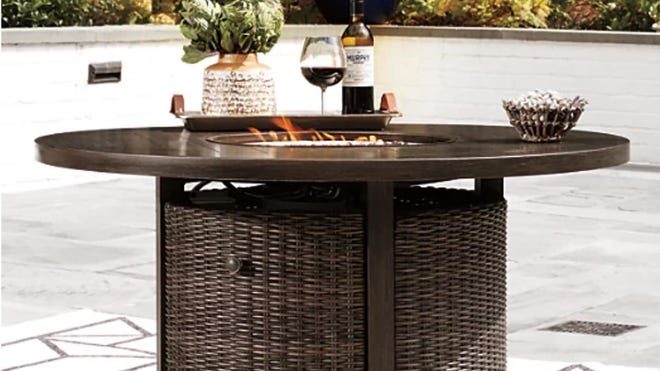