A settlement agreement has been reached between the developer who wants to construct homes at the Stone Meadows Farm in Middletown Township and several entities, including the township and a preservation group.

The Middletown Township Board of Supervisors on Monday evening said they were onboard with the agreement, which will be sent to a county judge for final approval.

The agreement would end the appeal by KTMT Stone LP, which is connected to Metropolitan Development Group. The developer appealed the supervisor’s 2019 denial of their plans.

The agreement would reimburse the township and members of the Save Stone Meadows Farm group who fought development.

“It is worth noting that all of the taxpayer funds that were expended to fight this battle will be reimbursed,” said Supervisors Chairperson Mike Ksiazek.

The agreement doesn’t automatically greenlight the current proposal from the developer, but it settles their previous appeal.

Ksiazek said the developer will still have to go through the land development process.

Jeff Miller, one of the leaders of the Save Stone Meadows Farm group, said he was pleased with the outcome. He pointed out that all parties stepped up to plate to come together and find common ground.

“That is a tremendous feat,” he said.

The latest development proposal has received favorable feedback as a compromise from township officials and members of the Save Stone Meadows Farm group.

The settlement comes just two weeks after the Bucks County Commissioners agreed to pay $2 million to the Stone family to preserve 67 acres of the 168 acres of land that has been threatened by proposed development. The portion of the property will include the existing Stone family farmstead off Fulling Mill Road.

The development would take place on the other acreage of the farm that sits off Langhorne-Newtown (Route 413) Road between the Summit Trace development and Tollgate Road.

The current proposal calls for age-restricted 71 twins, creating 142 residences, and 17 single-family homes. The single-family homes would allow for more buffer space on the property against the Summit Trace development and along Tollgate Road.

The development will feature a community club house, 15 acres of common open space, 24.5 acres of open space, trails permitted for public use, private roads, a landscape buffer between the development and nearby homes, and a pedestrian connection to Core Creek Park along Tollgate Road.

A homeowners association will be responsible for the common space and roadways in the development.

Access to the development will be two access driveways along Langhorne-Newtown Road. One will be a right-in, right-out driveway and the other will allow full access.

Officials have previously said PennDOT is not in favor of a traffic light being added.

Last year, representatives for the developer said the new plan would have less of a traffic impact than previous plans, would include improvements to Langhorne-Newtown Road, and provide more tax revenue to the school district because there would not be young families living in the development. Overall, the development would provide an estimated $252,633 in tax revenue to the township and $1.2 million to the Neshaminy School District.

Ksiazek said he understands full preservation of the township’s largest privately-owned working farm was the goal for many, but the agreement marks a “substantial” improvement over what was proposed just a few years ago by the developer. He added the proposal will preserve the character of the property, noting 105 acres will remain open space between the easement and developer’s proposal.

Ksaizek said all the parties came together to reach the settlement and a proposal that is more favorable.

“This is a win. We’re able to preserve a majority of the farm and keep it as open space,” said Supervisor Dana Kane.

Sign up for LevittownNow.com’s Daily Digest and get all the local news delivered to your inbox.

Supervisor Dawn Quirple said she understands not everyone will be satisfied, but “so much space is going to be preserved.”

Supervisor Anna Payne explained there is a “stark difference” between the initial plan and what is being presented. She said it is an example of the impact residents working together can have.

Mary Sly, a resident who lives in a home abutting the area planned for development, wasn’t pleased development is likely to move forward at the farm.

“It’s going to be gridlock. And we know it,” she said.

Charles Alfonso, of Middletown Township, said he was concerned there won’t be a public parking lot in the development for residents who want to use the trail system in the community.

Ksaizek responded that the trail connects to Core Creek Park, which has plenty of parking for people who want to walk from the park and use the proposed development’s trails.

The Stone Meadow Farm site has been eyed for development since 2015. Previous proposals have been disliked by the public and led to creation of the Save Stone Meadows Farm group.

The Stone family has owned the farm for decades. The family is related to famed actors Ezra Stone and Sara Seegar, who dominated stage and screen during their careers during the 20th Century. According to a BucksLocalNews.com article from 2013, actors Debbie Reynolds, Jackie Cooper, and Gary Merrill were among the many celebrities who joined the Stones at celebrations at the farm.

Report a correction via email | Editorial standards and policies

TxDOT tees up I-35 expansion through San Antonio

Fri Apr 22 , 2022
The first piece of San Antonio’s I-35 NEX project — a four-mile $630 million stretch of I-35 bounded on the north and south by Loop 410 — will go out for bids next month. The expansion of Interstate 35 through San Antonio — especially from downtown San Antonio to the […] 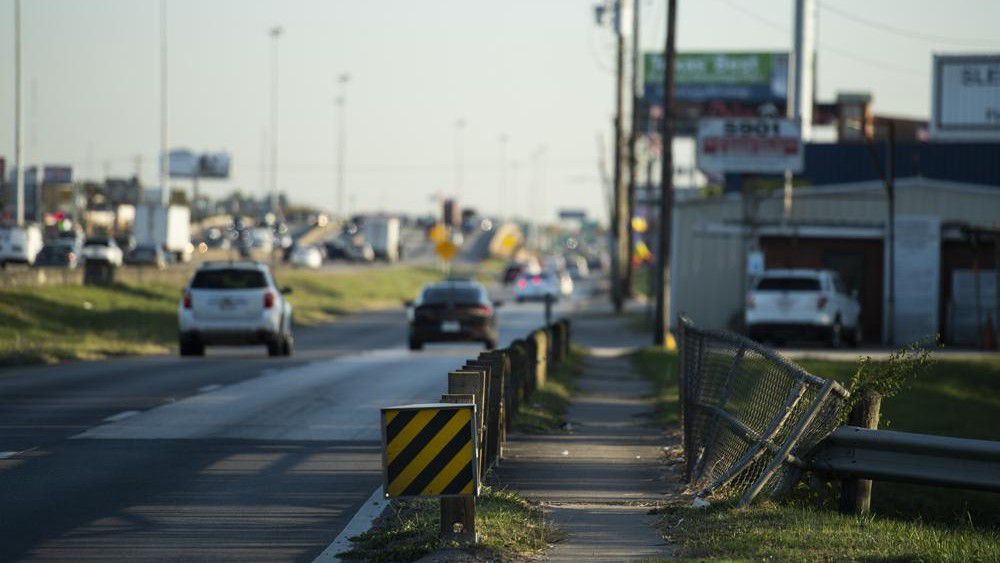