NASHVILLE, Tenn. (WSMV) – Time is running out for several families at River Chase Apartments in East Nashville who have to leave the complex while saying they don’t have a place to go.

Residents there are being forced to find other options because of redevelopment of the complex by Cypress Real Estate Advisors.

Stand Up Nashville told News4 there are about 60 families on the property trying to figure out their next move.

One of the people still living there is Vanessa Merritt.

“It’s hard. It’s hard with the three grandbabies and my kids and college trips and everything coming up is really hard, and just knowing the amount of time that’s left is scary,” Merritt said.

At the entrance of River Chase Apartments are signs saying the property will be demolished and the final move out is May 30.

“It gives me anxiety, real bad anxiety, because you’re in a panic mode,” Merritt said. “Now you’re in a frantic mode to the point where are we going to be homeless?”

Merritt is still trying to figure out what’s next.

“Where do I go from here? You know, it’s hard,” Merritt said.

That’s the question that replays in the mind of Merritt, who is a mother and grandmother, and for her, River Chase is more than an apartment.

“When I think of East Nashville, River Chase, and all of that, that’s my husband’s stomping ground. He was born and raised in East Nashville,” Merritt said.

Merritt said she recently lost her husband and that loss makes it even more difficult thinking of where she can afford to go.

“Now I have to try to come up with double income for what they asked for these places,” Merritt said. “Like they want you to have three times income.”

With time running out and many of the apartments boarded up at River Chase, News4 asked Merritt what she is going to do.

“I don’t know. I’ve been in and out of my son’s apartment because, like I said, I got a brand new granddaughter, and helping them out. My mom 65, you know,” she said.

Even in this tough situation, she is in good spirits.

“Yes, because I know it’s a God. That’s the only way I’m in good spirit because I have faith,” Merritt said.

As Merritt tries to beat the close to figure out what’s next, she wants to leave people with this thought.

“If it was your grandmother’s house being torn down without all of your memories in it, how would you feel? That’s how I feel about East Nashville. It has so many roots,” Merritt said.

She said organizations in Nashville have helped keep her afloat.

“I just got with them yesterday. I had my first meeting with them for the $2,200 that they are supposed to give, and they said they gave us a couple of gift cards and stuff for groceries,” Merritt said. “I lost my voucher twice, just dealing with this process. If it wasn’t for Stand Up Nashville, getting my voucher back to Section Eight, I probably wouldn’t be homeless right now. They just got it back at the beginning of the month.”

The developers gave residents eight months of notice and resources to help them move.

Residents told News4 on Wednesday outside River Chase that they didn’t get any help.

Why are ready-for-occupancy condos valuable investments?

Sun May 15 , 2022
What are ready-for-occupancy (RFO) condominium units and what value do they give investors? Hedge against inflation In times of uncertainty and increasing inflation, real estate assets stand out as ideal investments. Properties have intrinsic value, and their prices rise with, or sometimes outpace, inflation rate. These are also good sources […] 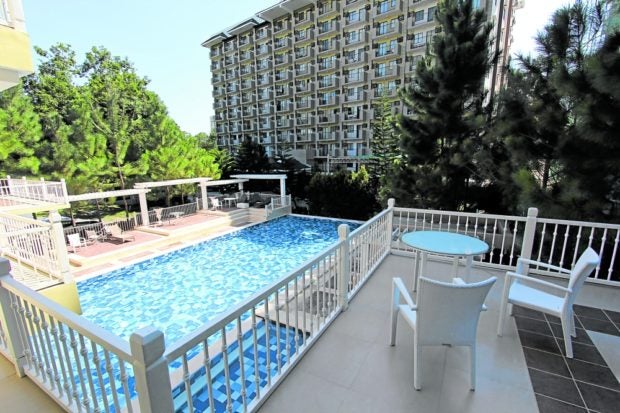