Kris Plummer’s email said, “We may be in the Southlake suburbs, but we have some style! Is there any chance we could be featured on your site?”

Well, once we saw the photos, “Of course,” was the resounding answer.

“The house was mustard and brown,” Plummer said. “All I could think of was bad cowboy.”

But, it was in a great Southlake school district, the right size, on an acre with a five-car garage. And Kris had plenty of ideas about a remodel — or two, or three.

Kris and her husband, Jason, lived in Australia for 14 years and also in San Fransisco. They wanted to weave Australian and California design sensibilities into their Southlake home, which was very Old World with lots of heavy textures and dark colors.

To accomplish their remodeling goals, Kris and Jason turned to Kendra Barnes, who co-founded BRNS with her husband, Josh. It’s a multi-disciplinary architecture and interior design firm.

“Although Kendra has not traveled to the places we lived, when they came to show us their design plan and materials, we realized they had listened, and they got it,” Kris said.

BRNS starts each project with a robust discovery phase.

“It’s a concept-level design married with a vision session and a programming phase,” Kendra said. “It lets us shorten the design stage because we do the hard part upfront, so we can jump right in when the client is ready. Being stuck at home showed us our house can work against us and be inefficient. We think through how you use the space. We call it our livability analysis.”

There’s not much in this 6,500-square-foot Southlake home that was untouched by the talented team at BRNS. They moved walls to create better flow, straightened the curved staircase, and relocated the fireplace. You can now stand at the kitchen sink, view the pool, see the TV, and still be visually connected to the formal dining room.

“We wanted to marry modern lines with some of the original features, such as molding and French doors, yet offer California causal and pop in new and modern,” Kendra said. “This house is laid out more like a home you would find in San Francisco. We also did not want to be wasteful. There is tripled-stacked crown molding anyone would have died for in 1999 all over one part of the home. Trying to find the exact profile today would be impossible. Removing it felt wasteful, and it would never be something that would return on investment. Practicality is important.”

Understanding how a family uses their home is vital.

“Kris cooks a lot,” Kendra said. “They have a pizza night every Friday night. We envisioned a huge island where you could line up all the toppings so everyone could create individual pizzas.”

Kendra and her team replaced two islands with one that is 15 feet long and six feet wide. They removed part of a wall to open up a previous circulation path, and a former dining nook became a large pantry.

“I’m a big fan of prep pantries,” Kendra said. “You can conceal mundane things like the microwave, coffee pot, and blender. We even designed a drawer to hold the water bottles for the Elkay water bottle filler.”

The Plummer family loves their Southlake home, but as with so many families, school changes mean home changes. So this is quite an opportunity for some lucky new family to have a completely remodeled Southlake transitional that is truly move-in ready!

We May Be In The Southlake Suburbs, But We Have Some Style

Tour this renovated Georgian country manor by the sea

Fri May 27 , 2022
Fortunately for this stunning 18th-century manor house, Ann Louise Roswald and her husband Nick Hartley are creative and imaginative in equal measure. Their restored and reimagined house, in North Yorkshire, UK, is now one of the world’s best homes but when fashion and textiles designer Ann Louise and Nick, founder […] 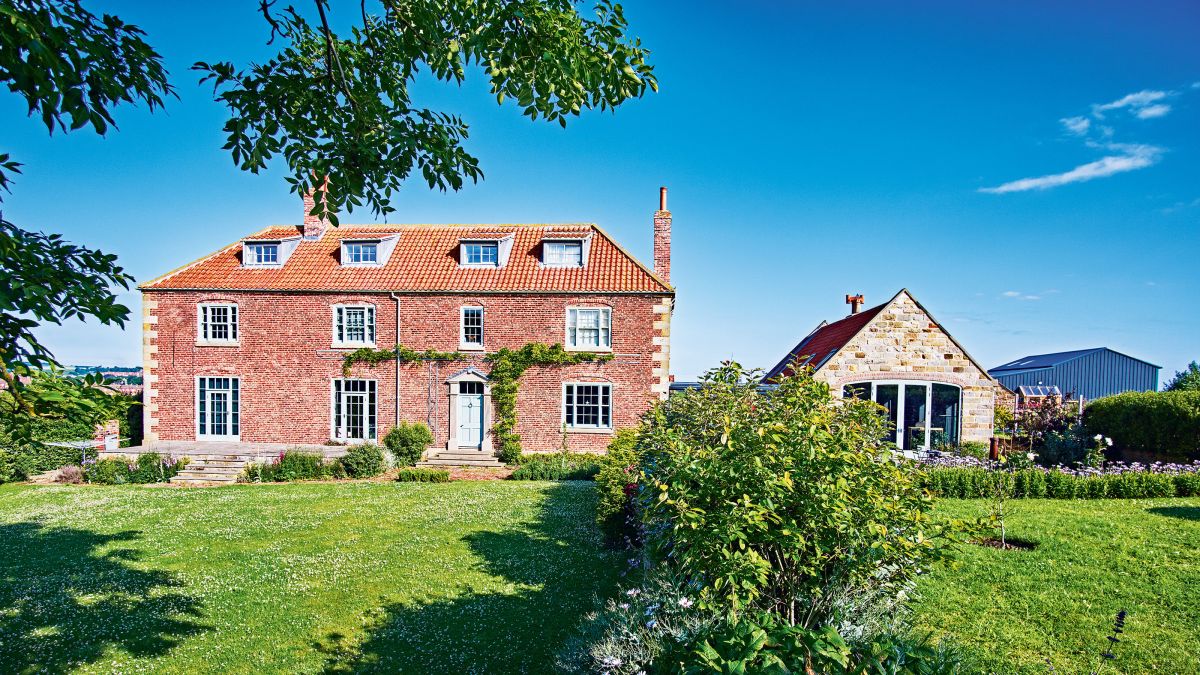